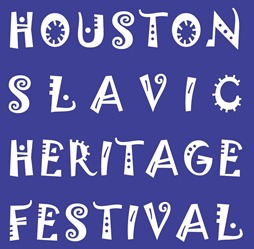 Croatia
CROATIA – THE LAND OF THOUSAND ISLANDS! The Republic of Croatia
is a Mediterranean country located in southern central Europe, on the
Balkan Peninsula. It has been a crossroad of influences of the western
and eastern cultures ever since the division of the Western Roman
Empire and the Byzantine Empire. Croatia shares borders with Slovenia,
Bosnia and Herzegovina, Hungary, Serbia, Italy and Montenegro.

Croatia is proud of its coastline of 1,778 km and the 1,185 islands and ranked the 18th most popular tourist destination in the world. Croatia is one of the ecologically best preserved parts of Europe. It is the 127th largest country in the world.

Croatia crowned its first king in year 925. It is first mentioned around year 700. It lost its independence in 1102 by joining a monarchy under a common king with Hungarians. It gained independence again in 1991 and has been a modern European country since. Croatia is an acceding state of the European Union, with full membership expected in July 2013.

Literacy in Croatia stands at 98.1 percent. A 2009 survey revealed that 78% of Croatians claim knowledge of at least one foreign language. The UNESCO inscribed seven sites in Croatia on the World Heritage List. The country is also rich with Intangible culture and holds ten of UNESCO's World's intangible culture masterpieces, surpassing all countries in Europe.

Fun facts about Croatia: A global cultural contribution from Croatia is the necktie, derived from the cravat originally worn by the 17th century Croatian mercenaries in France. Today it is worn daily by 600 million men around the world. The word cravat itself actually reveals its Croatian origin, since the French version cravate derives from the mispronunciation of the word Croat.

The famous Dalmatian dogs originally came from Croatia. Croatia is the homeland of the world renowned traveler Marco Polo. Dubrovnik (an independent state at the time) was the very first nation to formally recognize the United States as a nation when it declared independence from Great Britain in 1776.

Nikola Tesla- one of the greatest inventors of all times comes from Croatia. He is best known for many revolutionary contributions in the field of electricity and magnetism. Tesla's patents and theoretical work formed the basis of modern alternating current electric power (AC) systems. Fingerprinting was invented by Ivan Vucetic, a Croatian-born Argentine police official who pioneered the use of fingerprinting. In 1892 he made the first positive identification of a criminal.

The first mechanical pen was invented in Croatia by Slavoljub Eduard Penkala in 1906, which bears his name in Croatian, as well as the first fountain pen in 1907. Some parts of the White House were built of Croatian stone, from the island of Brac.
View on Mobile